“The Gladitorium” from The Battle for Earth

The Battle for Earth presents The Gladitorium, starring Layla Rylan. 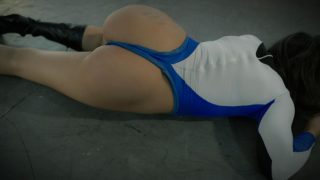 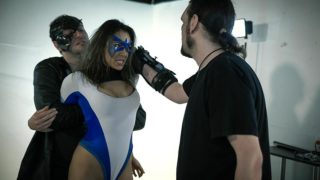 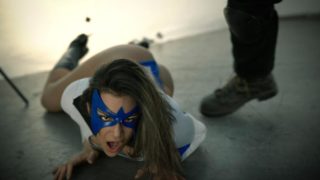 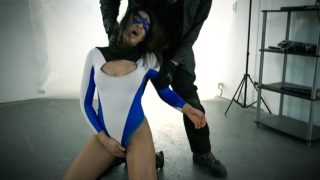 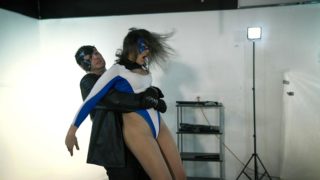 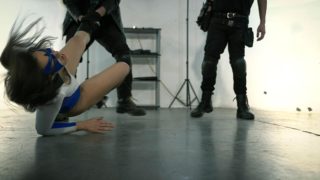 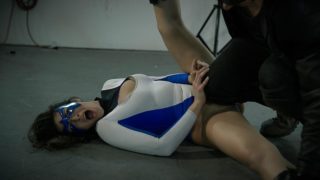 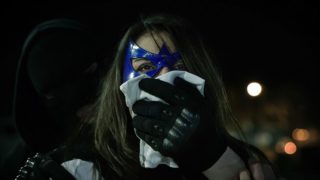 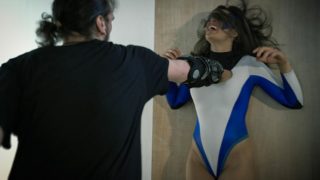 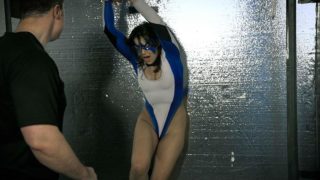 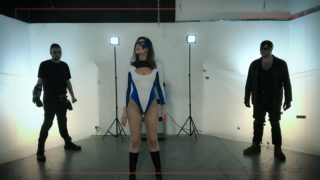 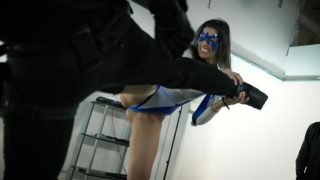 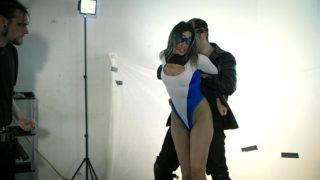 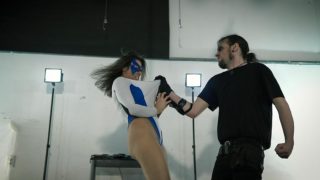 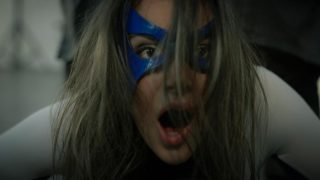 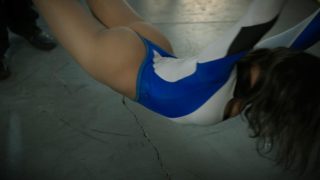 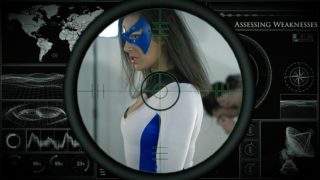 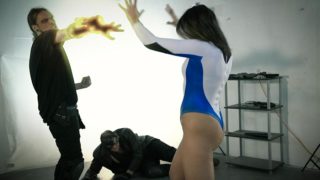 Synopsis: Sonique is on patrol one evening and encounters a group of thugs attempting a break in. She quickly begins to disable each thug but she doesn’t realize the thugs were expecting her. With a crowbar to the back of her head and a quick chloro rag to her face, she passes out before she even knows what hit her. She wakes to find herself AOH and receiving a beatdown. She’s tough and she can take most men, even in groups. This is no different. The men are trained fighters but no matter what kind of a beating they administer, she still dishes out the cocky attitude. Finally, the boss shows up and informs her if she wants her freedom, she’ll need to fight in something called The Gladitorium. True to form, she replies with yet another snide remark and says she’ll do it. Volunteering to fight some of the best and strongest fighters in the world is one thing. These guys are genetically enhanced or have cybernetic implants. As strong as Sonique is, she’s about to find herself in over her head. If only she’d checked her attitude at the door… but that just wouldn’t be her style…

Purchase this video at SHG-Media or The Battle for Earth

Just bought this. The mask and costume alone was a hook for me. The crowbar to the head and the mad look after was a sure sign the bad guys were about to get a total beat down only to have the cloth instantly turn the heroine into a helpless female struggling and wonderfully protesting into the cloth. Very nice breath play and eye work as she surrendered. I would have much rather had a cradle carry but it was still well worth the price.

They should use Blair Williams or Stella or Lana next

I finally broke down and purchased this. Incredibly well done all around. The fight choreography and filming are so good, it maintains an exciting pace from start to finish. I’m usually into stuff with more sexual peril, but I really enjoyed this anyway. Layla as sassy cocky superheroine was stellar. My only complaint is that I didn’t really understand the stakes of the fight. I understand that if she wins she goes free, but what happens if she loses? Obviously she doesn’t go free, but then what? Do they keep her there to keep fighting other fighters indefinitely? I could… Read more »

Good idea for a sequel…

As Jeff Foxworthy once said, once you’ve seen one pair of boobs, you want to see all of them.

The fight action is excellent and Layla looks very convincing both giving and taking punches and punishment; I love her sassy attitude, nothing better than a sassy super slapped around, lol, and she looks incredible; I especially like her boots, they’re proper superheroine boots, lol, but I want to see at least some nudity or the heroine stripped to her underwear or even just her costume torn, but despite this its a very good movie.

I think the explicit ones are better

Oh WOW!. This is outstanding stuff. Layla Rylan, as usual, looks exceptional in the Sonique outfit, so HOT she burns up the screen. She brings a perfect overconfident superheroine attitude with her. And her athleticism and physicality spice up the fight scenes perfectly, She rolls with the punches so well, I thought she was really hit a couple of times! Some great KOes and peril scenes. She gets chloroformed, and her lights punched out. Nice AOH bondage and beating. She fights 2 super villains at the same time and its not one sided by any stretch. There is a 5… Read more »

…You have my attention 🙂

She wins some…….she lose some 😉

I’m someone who pretty much only buys lose endings, can you describe that? i don’t really see it in the description. Would really appreciate it.

What first got my attention was the boot print on Laylas sexy ass in the first pic! LOL!

Thanks to the customer again for commissioning this one!

This is a creative twist on the usual formula, and with a character that I’m happy to see getting nicely fleshed out a bit. Also, that description was really well-written 🙂

…is this a custom?

I believe all of TBfE’s releases are now customs and have been for quite some time now.

Just a heads up – this one will be available this evening in just a few hours!

Sugarcoater
Reply to  The Battle For Earth

Awesome news Allen! Thank you very much for the quick release!

Oh ya! Layla bringing the attitude and then receiving a punishing beat down? It doesn’t get much better if that’s what this is about.