“The Night Shift” and More from Jacquelyn Velvets

Immerse Yourself with Harley Quinn 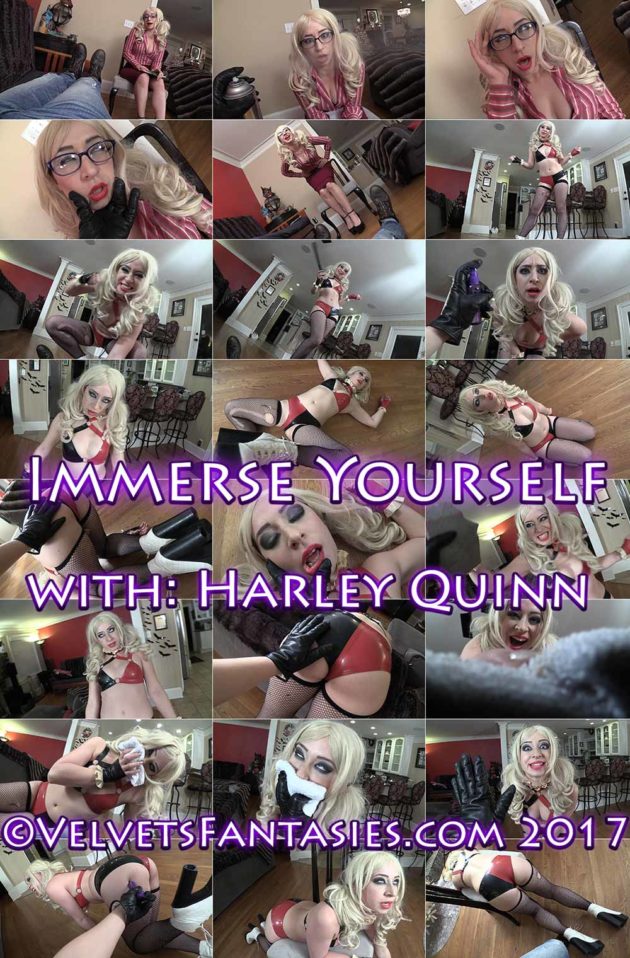 Kayla stars as your beautiful blonde therapist: Doctor Harleen Quinzel. The scene opens with you at the beginning of a therapy session. She introduces herself, and explains her methods of unconventional therapy that she will be using in this session. Hypnosis, devices, and shock therapy are some that are mentioned, and you willingly agree despite this being your first time.

Once the Doctor has debriefed you, she starts the session by asking, “Tell me how you feel today?” and with that, the session you’ve been waiting for has begun. You quickly whip out your can of sleeping gas, and spray her with a healthy dose that she attempts to resist it’s effects. After watching her babble, her eyes flutter and she softly passes out, allowing you to do some therapy of a different kind: indulging in your sleepy fetish with this young blonde beauty.

The Doctor wakes up however, and before you have the chance to knock her out again, she retaliates by hitting you across the face with her clipboard! Everything turns black, and when you awaken, the Doctor reveals her true form: HARLEY QUINN! Still feeling dizzy from the clipboard KO, Miss Quinn keeps you right where she wants you, on the floor, which she has her way with you by taunting you with punches, kicks, a black jack beating, all while strutting around you gleefully.

Her arrogance is her downfall it would seem, and you seize the opportunity to take control of the situation and this bubbly harlot. You whip out a hidden vile of sleepy spray once she gets close enough, and what follows is a barrage of knockouts and rag dolling that end up with the feisty Harley surprising you in a way you never imagined. You’ll have to watch to find out! Kayla’s performance as Harley is not to be missed!! 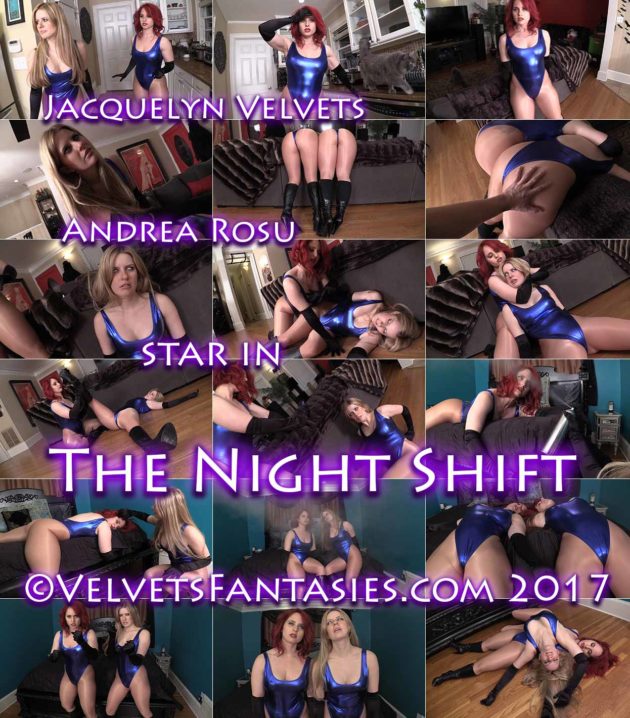 Andrea Rosu and Jacquelyn Velvets are superheroines tasked with taking down a devious villain (played by an offscreen SK) in his own lair. They make their way in, both aware of their prey’s ability to disappear, hypnotize, and shape shift, but within seconds the room fills with sleeping gas, putting both superheroines down and out. We see the villain’s hand touch Andrea’s body, causing her to teleport to a nearby bedroom…with him appearing in her place disguised as Jacquelyn’s partner. “Evil Andrea” toys with her dazed partner, repeatedly knocking her out with sleepy spray and a sleeper hold, just for fun. Bored, Andrea leaves Jacquelyn unconscious and transforms into her exact copy, making her way into the bedroom for some more sleepy fun…this with using the real Andrea Rosu as her KO plaything. Satisfied, the villain disappears, leaving both agents confused and struggling to figure out if they’re standing in the same room with a trusted friend…or a disguised supervillain! The two eventually use their long history to establish trust only to fall again to a blast of sleeping gas! We then see through the villain’s POV as he watches the heroines awaken. Weakened, our protagonists can’t fight SK’s hypnotic powers, and he quickly turns them into his mindless slaves before making them fall asleep in a pile on the ground, moments before the screen fades to black… 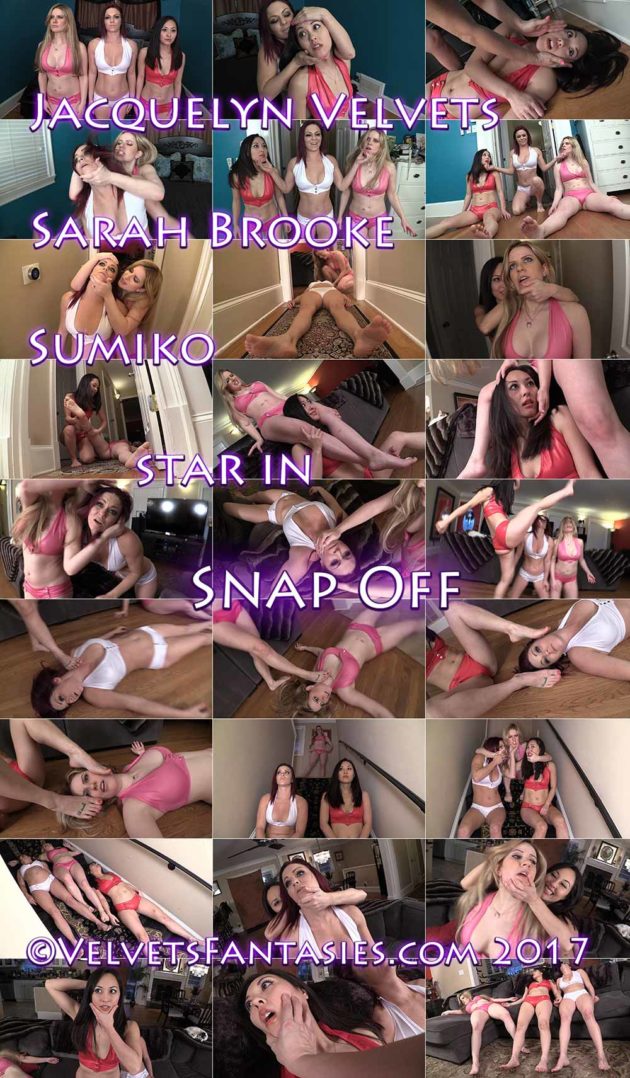 We fade in on agents Jacquelyn Velvets, Sarah Brooke, and Sumiko as they’re given orders by their POV boss (SK). The three are commanded to compete for a valuable promotion within the agency via a lethal set of Virtual Reality combat games, all of which must be won with a quick and effective neck snap kill! The ladies get to it, taking turns stalking each other and racking up points, using creativity (at one point even feet are used to end the other agents) and speed to take their fellow agents down with the brutal finisher, until a final battle leaves us with a definite winner who has to snap her own NECK in order to escape the VR program!