Tiffany Chase in “Clash of the Icons Vol. 1” from Heroine Arena

Tiffany Chase has joined the cast of a new production from Hidden Vault Entertainment’s “Heroine Arena” series. Check out a trailer, images, synopsis, and more information below. 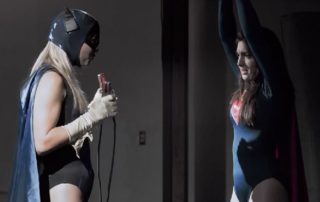 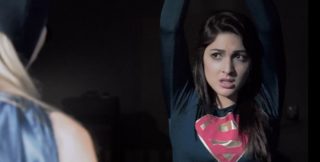 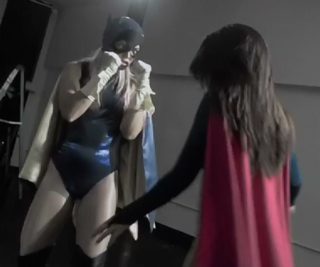 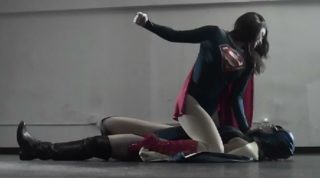 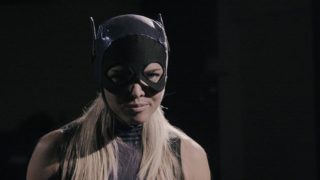 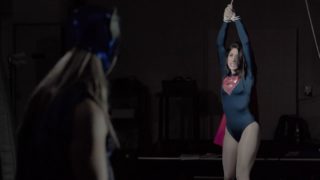 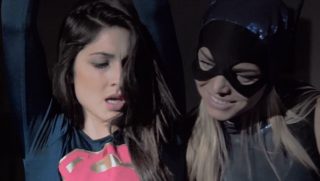 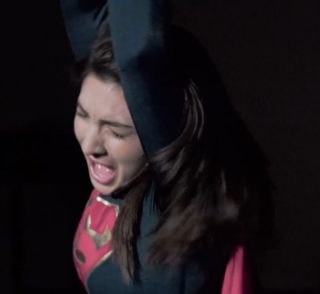 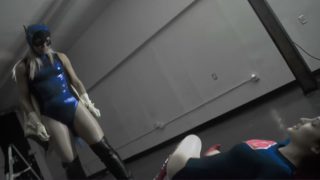 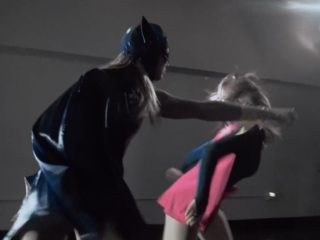 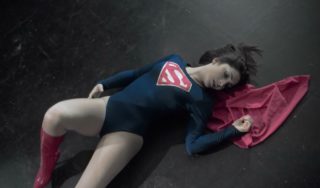 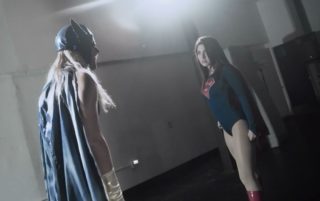 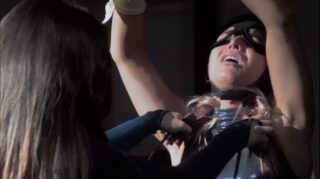 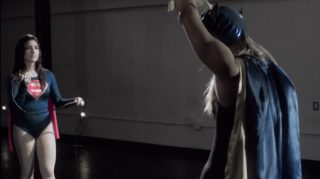 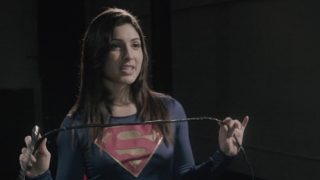 HEROINE ARENA presents THE RETURN of TIFFANY CHASE in “CLASH OF THE ICONS Vol. 1”!

As many of you know, we had been dropping brief announcements that we’ve got something big in store. Well, that big something is here at last, and we couldn’t be more proud and excited. Yes, the one and only TIFFANY CHASE RETURNS to kick off HIDDEN VAULT ENTERTAINMENT’s new HEROINE ARENA series titled “CLASH OF THE ICONS.” We knew that this was going to be stunning news and that this new release would cause quite a stir among you fans, so we couldn’t wait to get this one out to you! And you may also recognize our other actress (and her costume), the hot and sexy KIERSTEN HALL from USH’s “Harkham Nights.” We’d like to thank USH for referring Kiersten and letting us borrow the costume! We’ve put these two together in an episode that will undoubtedly redefine Heroine Arena and Hidden Vault Entertainment!

To inaugurate Phase Two of our company, this one promises higher production value and a longer running time (22 minutes), along with tons of peril! Not to mention terrific fight sequences choreographed by Tiffany herself!

In “CLASH OF THE ICONS Volume 1,” this battle between these two classic heroines opens with the Protector from another world answering a distress call. It turns out that it was a trap set up by the Night Vigilante, who has heard of this so-called alien savior but has developed a deep distrust towards her. Having carefully observed her target over time, the Vigilante has been able to learn of the Protector’s weakness and decides to exploit it to her advantage. Torture and interrogation ensue. But the tables are soon turned, and the Vigilante finds herself getting a taste of her own medicine. See what happens when what was thought to be a carefully executed plan ends up backfiring!

Other popular stars that Tiffany has worked with are also available! Please request a name and we’ll do our best to get her!

Want a custom or a semi-custom (more than one fan donates) with Tiffany? Email finn@hv-ent.com and request your episode now.

NOTE: a portion of the proceeds from this and any future episodes that we produce with Tiffany Chase (a.k.a. Amanda Santella) will go to her charitable foundation dedicated to assisting homeless veterans here in Los Angeles. On behalf of Tiffany/Amanda and those whom you’ll be helping in their time of need, thank you for your support!

Purchase this video at Heroine Arena

Only just managed to get the chicken fat out of Foxwing’s gloves!!! Took awhile, but they came up clean! Back to the shiny bright yellow. Funny chicken leg moment guys, Tiffany liked it!

Tiffany is amazing! I love seeing her do chloro. If you can get Lindsay Lamb back I’ll just sign my paychecks over to you.

Its so awesome to see popular SHIP actress Tiffany return not to mention a breath of fresh air since its been almost a year since we last saw her. As for the film. While its not the very best Tiffany film Ive seen, it certainly isn’t the worst. Most of the elements are present. AOH/Whipping, KOs, Chloroform (a kind of glowing I have never seen before but then again not really into chloroform), electro shock. The fight choreography is definitely a step up from previous production from HeroineArena but its not quite as good as others but like I said… Read more »

I hate to be the ‘wet towel’ on the comments, but the fight scenes (at least in the preview) are definitely not very believable and there’s really nothing here (Elements, Angles, etc.) to differentiate the video from dozens before it. I won’t be a purchaser.

hi FHL, i understand your comment about the fight scene. the other actress has never done any sort of stage combat and i did have to teach her everything the day of, which took a lot of time and patients. she did the best she could and so did i hoping we wouldnt actually hit each other. lol It had been a long time since ive shot something like this, and im happy to be back and having fun with it!! just getting back into the swing of things.

Bring back Logan Cross! Wait, don’t do that.

Replace Lindsay Lamb with Talia Prairie and then you’ve got the list right.

Nah, he had the list right with Lindsay Lamb.

Havent heard from you in awhile, heard you were producing Plant life vids for a local producer. LOL! (Sarc) 😉

All jokes aside I found Tiffanys return to be very excellent indeed. So excited to see her and others return as well.

These are all names that I’ve been consistently hearing since we first made this announcement. I’m a big fan of Lindsay myself. I’m fairly confident that we’ll be getting another familiar face on our next episode.

Bring back Sophie Leonard. She was sexy as hell and her sassy overconfidence was fantastic!

samantha is my room mate. please order a custom with us, we would be happy to film together again!

Love it even more, thank you for the video preview!!!!

Much appreciated, Jeff! Glad you liked it! That was the final and all-important piece we were waiting for from our editor today so we could finally get this thing out there!

Glad to see her back as well, she always looks fantastic as a superheroine

Is the “high production” value better than the quality of these photos?
Haha, I kid. AWESOME news. Tiffany is great.

OOOOwwweeeee…..Tiffany Chase back. Its gonna be great to see Tiffany make a return. Can’t wait to see this. Honorable charity, especially on a day like today.

I’ve been suggesting that Tiffany/Amanda work with other producers for a while now. I’m so happy it’s happening and I’m looking forward to the results. And kudos for raising money for a worthwhile charity.

Perhaps it was just a break that she needed for certain reasons, but we’re glad to be the company she chose to make her return appearance. And know that it’s quite possible that other popular actresses that she’s worked with in the genre are likewise available. Just provide us with a name and we’ll see if we can get her for you! Customs and now semi-custom episodes are being offered. Fans can always contact me at finn@hv-ent.com.

Wow, what a coup! I’ve only bought one of Heroine Arena’s movies. It was alright, not enough to get me interested in the releases which followed but… getting Tiffany Chase is a shot of instant credibility for this company. Excited to see what’s coming up.

I agree!!! Tiffany is so awesome!! I’m so happy that she coming back saving day. 🙂

Thanks, Django! I knew she was quite popular among the fans, but our being a young company we weren’t exactly certain HOW popular. But we’re starting to get an idea now! I’m getting this feeling as if a dam’s about to burst…in a good way! And what’s more, her already stellar reputation among the fans is about to grow to epic proportions when on the day of the release (most likely in the next day or so) we will announce her charitable foundation dedicated to assisting homeless veterans here in Los Angeles. Portions of proceeds from sales of this and… Read more »