“Training For Sleep” from Jacquelyn Velvets

Here’s a new video from Jacquelyn Velvets. Training for Sleep is available now. 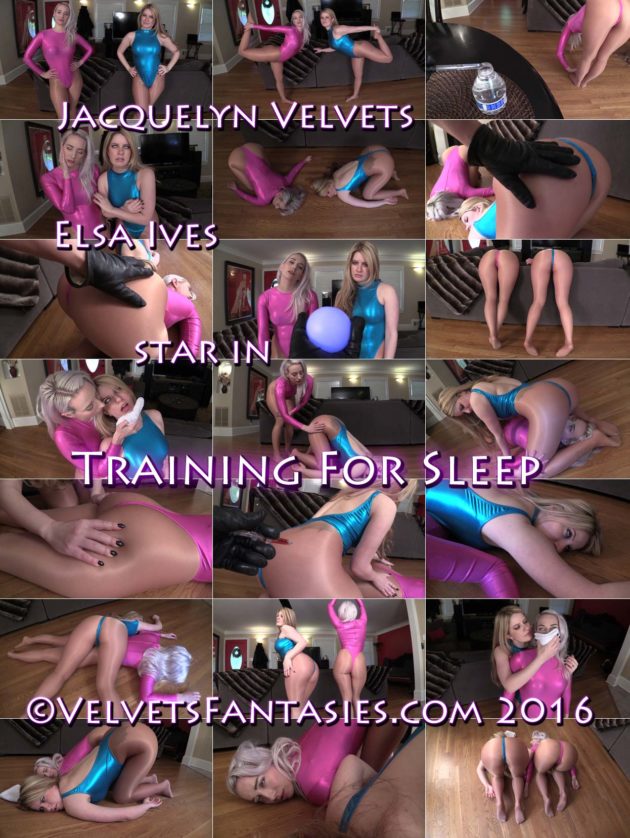 Based on a custom script! We fade in on lovely up and coming gymnasts Jacquelyn Velvets and Elsa Ives, stretching in some truly sexy attire until their coach shows up (SK in POV mode). He instructs them to stretch some more as he casually drugs their water bottles. He watches as they drink…and as they succumb to sedative’s fast effects. We see through the devious coaches eyes as he slides his hands over the spandex that clings to each girls’ bodies. We hear the soft sounds of his gloves running down their shiny tights as he admires his students…waiting for them to awaken so he can hypnotize them.

Once under his control, he has fun toying with the gymnasts, forcing them to sleep, awaken, and knock each other out a few times. He even throws in a facesit knockout just for fun before using a special drug-filled syringe to make sure the girls forget about everything as they slumber…if only so he can come back and do it again a few days later!