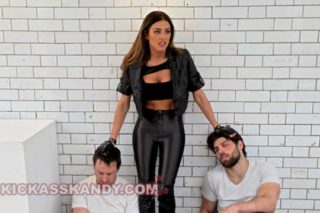 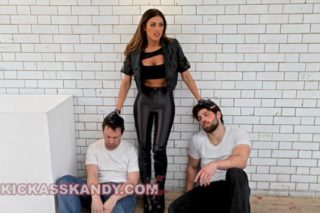 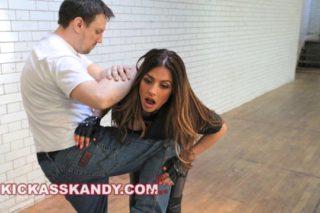 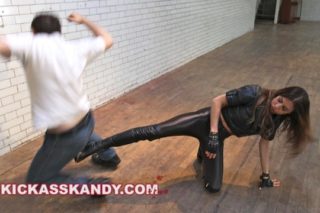 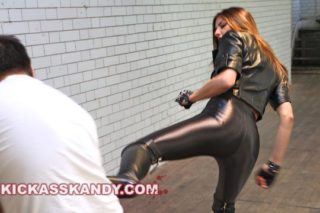 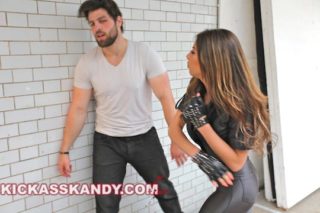 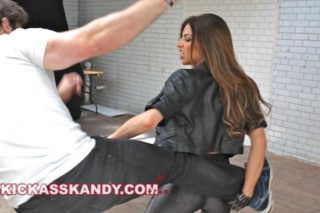 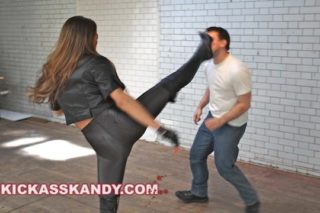 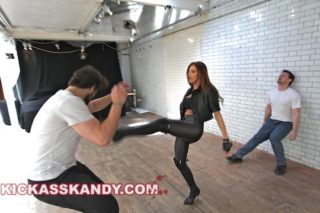 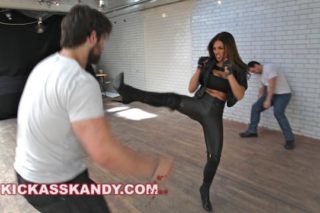 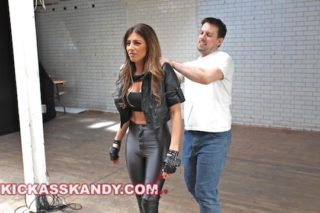 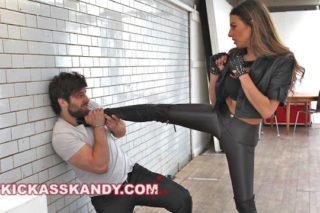 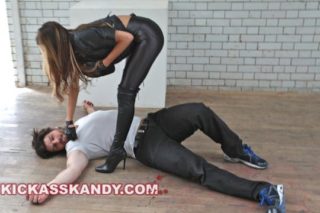 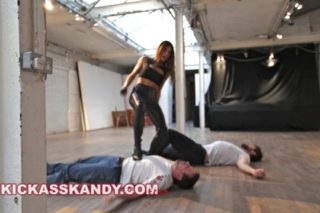 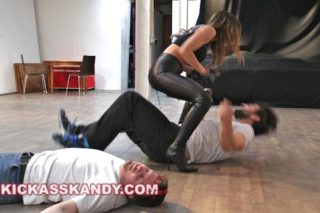 Shiny Disco Pants, Leather Jacket, Killer Boots… this could only mean one thing, Kix is ready to kick ass and luckily for her a couple of local thugs are waiting to knock her down a peg or two. When two guys in an alley threaten to rip her apart, Kix smiles, rubs her hands and launches one almighty beat down. She gives them a chance to run but they simply don’t get it…so she launches her legs, fists and body into a blur of martial arts motion and pulverises them…first one on one and the she takes them both on at the same time. Kix, probably the greatest Kickass action girl on the web, strikes again.

What happened to Kick-Ass Femmes? Haven’t seen a new video in ages (assuming I may have missed a post about KAF on another thread).

Can someone share why she has that concerned expression in the shot with her hands on the two guys’ heads?

Good Lord, that is a sexy woman.

I wann to see her lose against this guys 🙁

She is so hot. Would buy if she was on the losing end.

Too bad. This chick, that outfit? If she were taking the beating, I’d be ALL over it.

Praying to the gods above and below for a new Kandy Crisis installment soon.

The guys get the occasional hit in, but for the most part she dominates.