“Out of this World” from Jacquelyn Velvets

Jacquelyn Velvets presents a new video called Out of this World. 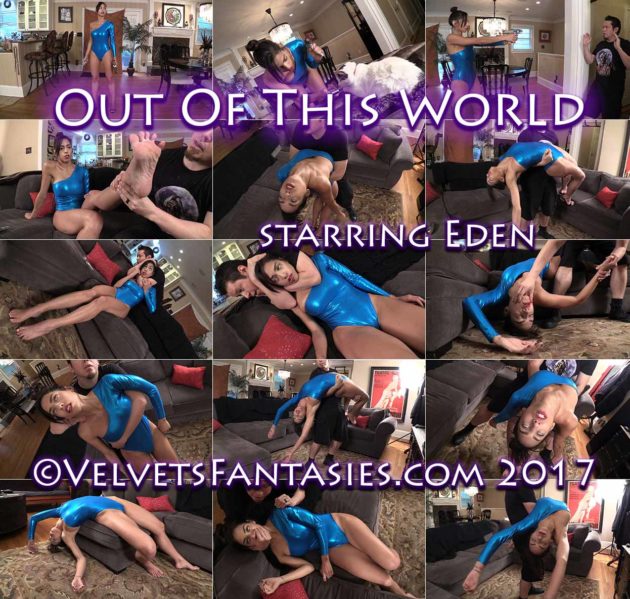 Our scene opens with a beautiful humanoid alien beaming down to earth. She scans the area checking the oxygen levels and for signs of life. The first creature she encounters is a household cat, who is cute but unresponsive to her questions. Suddenly a human male (played by SK) walks down the hallway and is perplexed by the strange woman in his house. She explains she is from another planet here to study other species and their habitats. Completely amused by her curiosity and seemingly naivety , SK can’t help but to show this beautiful alien what it means to be a human from planet earth. Unfortunately for the sexy extraterrestrial, her first human subject has a few kinks he chooses to explore with her, convincing her that its standard human practice to admire female feet before rendering them unconscious with a variety of different holds and attacks. Time and time again, the beautiful Eden is knocked out and carried…only to wake up confused at her subjects actions. She eventually comes to the conclusion that she’s been tricked by her human subject and attempts to call for help, but SK puts her out with her own stun gun moments before carrying off to the bedroom for a night of intergalactic fun!

eden is a stunner, She needs to do some superheroine peril