“You Only Kickass Twice” from Kick Ass Kandy

Today, we get a double-dose of one of the greatest Kandygirls of all time, Vixen. Looking better than ever, she’s playing a good and evil version of herself. Here’s a review. 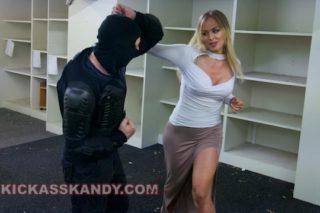 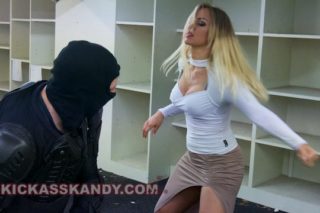 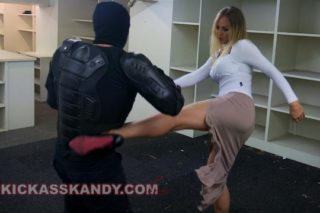 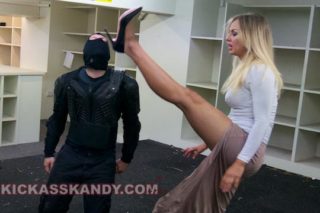 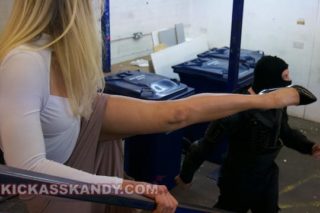 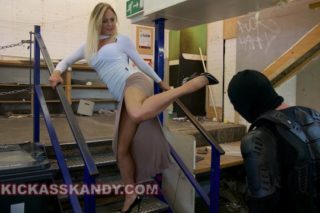 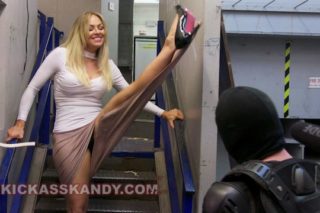 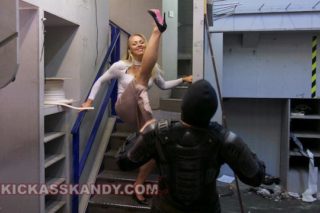 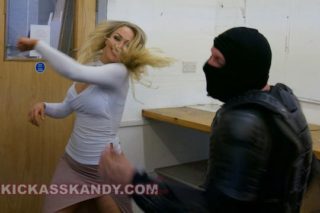 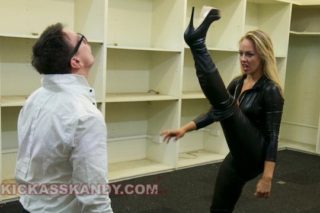 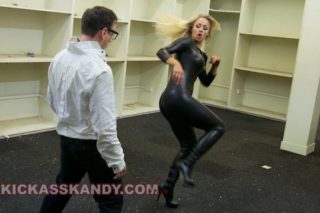 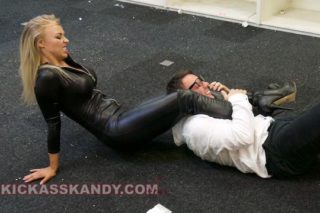 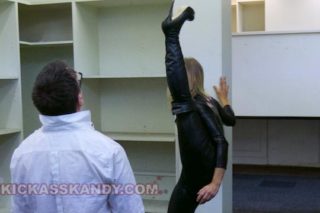 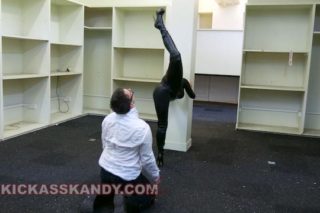 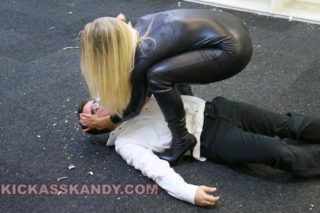 So the story goes that Vixen was supposed to go on a mission with another spy, Austin Flowers. However, (off screen) Evil Vixen was able to tie the good version of Vixen up. And that’s where the film starts with Vixen gagged and her hands tied behind her back.

Evil Vixen then starts to lure Austin into one dangerous fight after another, but Austin survives each encounter intact. Meanwhile, Vixen breaks free from her bonds and takes out some goons without really being challenged although she takes a couple of shots in one fight.

Evil Vixen finally decides to take things in to her own hands and fight Austin directly. Evil Vixen controls much of the battle, but Austin does land a few shots and he is able to slap on a short choke hold. However, it’s not long before Evil Vixen has complete control. It looks like Austin is done for, but in a surprise move, Austin tazes Evil Vixen unconscious just before the good version of Vixen arrives for the save.

I thought this episode was a pretty clever way to give girl power fans what they want while giving some service to those who want to see Vixen knocked out. You get both here. It’s a fun episode filled with several funny moments. A good buy for any KAK fan.

On another topic, people have been asking for more Kickassfemmes and Kandyman mentioned on the board not long ago that more episodes are on their way. One that I know of was conceived by one of our own readers.

On a final topic, I just wanted to say that in the last two KAK releases, Kix and Vixen have looked unbelievable. I mean, they always do, but it looks to me like they kicked their normal level of fitness up a notch. Both look better than ever and that’s impressive since they have set high standards for themselves in the past.

I really like her tight skirt, very sexy. See hot ass. I wish to see torturing her ass in this skirt.

I wish to see she was getting tied up and spanking tortured in this tight skirt.

Hope we get to see Vixen on the losing end wearing that tight black outfit soon….. It’s been too long….